Almost at the same time, several Windows OS users addressed me with the following problem – during the launch of the antivirus, a window appeared with the notification “UI Failed to load Avast”. What to do in such situations – now I will tell. The solution turned out to be elementary and takes you no more than a couple of minutes.

Approximately since the spring of 2017, many users encountered a not very pleasant situation when, when booting the windows system, they received a notification on the desktop with such text: “UI Failed to load. This is really embarrassing AV Service is not responding .”

Many users of the Windows operating system of different versions found this problem when launching popular antiviruses. Fortunately, to solve it is quite simple, so let’s learn more about the UI error. Failed to load Avast: what to do and how to fix it.

It began after updating the Avast antivirus program to a specific version, higher than Avast Free Antivirus 17.1.2286 Final (click on the link to download this version). At first, a solution to this problem could not be found, so I installed the version as mentioned above and prohibited updating the program in the settings (the signature database update was enabled).

After some time, the cause and solution of the error were found: “UI Failed to load. This is really embarrassing AV Service is not responding “, which allowed using the latest versions of the program. As it turned out, the problem lies in the conflict between the Avast components and the standard components and services of the Windows operating system, which makes it impossible to load the antivirus GUI.

Description of the problem and causes 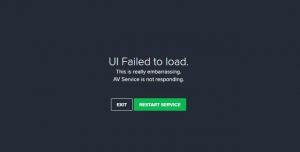 This failure occurs due to inconsistency between the actions of the anti-virus program with standard Windows components, as a result of which the graphical user interface of the application cannot load.

For example, in recent versions of Avast and AVG, for proper operation, it is necessary to start the Services Terminal Server and Terminal Intelligent Transfer Service for Windows XP and Remote Desktop Services for the other OS versions.

Logically, to fix this problem, you only need to configure the automatic start of the corresponding services when you turn on the computer.

Why does an error occur? 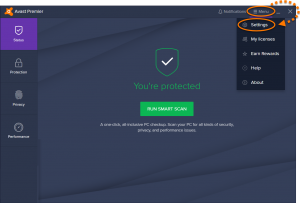 If you see a similar notification on the screen: “UI failed avast avast service not responding,” then there was a problem with loading the user interface. The service does not responding and is offering to exit (Exit) or restart the service (Restart).

This happens due to the fact that security software conflicts with certain elements of the operating system that block the launch of the graphical shell of “antiviral” software.

The error is typical not only for the Avast application, but also for AVG, and manifests itself regardless of the OS version – whether it is Windows XP, G7 or Windows 10. This is due to the fact that new anti-virus releases require the launch of special Microsoft OS components – Terminal Services, BITS, and Remote Desktop Services. If the listed objects are inactive, then their call from the anti-virus ends with the error “UI Failed to load Avast.”

How to fix the situation? 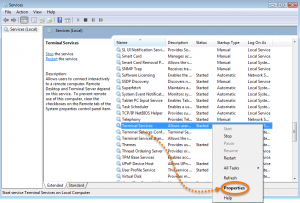 Logic dictates that in order to eliminate the defect, it is only necessary to activate the automatic loading of these three services. The instruction will be as follows:

Call the command execution console by pressing the key combination Win + R and enter the query.

If you are a Windows XP user, you need to find the following items in the downloaded list:

Double-click with the left mouse button alternately on each object. In the new window, select the automatic launch type and click on the “Run” button.

For Windows 7 – 10 it is worth doing the same operation for:

At the end of the manipulation, it is important to restart the OS.

It is worth noting that the actions that are taken help to prevent the appearance of the notification “UI failed to load avast av service is not responding” for AVG Antivirus.

To do this, we find the service we need in the list, click on it with the right mouse button, and select the “Properties” item in the context menu. Next, select the startup type “Automatic” and click apply.

Users of Windows 7-10 will also need to enable the Remote Desktop Services service.

After that, restart the computer, Avast should start to boot normally. All the best.

Now you know what to do when a UI error appears. Failed to load Avast while trying to open the user interface of the application. If you have any questions or suggestions – you are welcome in the comments.