Sometimes there are situations when using one or different browsers, and a user cannot access a specific site or several pages: The ERR_CONNECTION_RESET notice restricts the visit.

Now, no person can imagine his life without Internet services. The Internet gives numerous resources and access to users.

The World Wide Web is a resource that at the same time, plays the role of a library, an archive, a source of information, a means of communication. For a standard person, it’s like an investment to complete professional tasks and also use for leisure activities.

This situation is initially puzzling. And if it repeats several times, limiting the access of the Internet, the user stuck in instant frustration. The message forces the user to look for solutions to the problem.

What does the conditional situation indicate? Which causes provoke its occurrence? And what is the methodology for troubleshooting? In this article, we will tell you all about these questions answers. 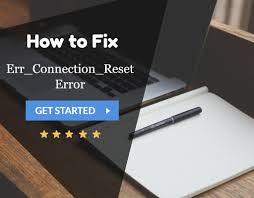 Before you start looking for options for a problem that is caused by an ERR_CONNECTION_RESET on the screen that restricts the ability of the Internet to access a particular hosting or several web pages, it is important to understand what this notification means.

Error ERR CONNECTION RESET has a number code 101, and show the notification “Reset the connection.”

This means that the user will not be able to open a specific web resource. And the following factors are responsible for causing the problem:

Understanding what an ERR_CONNECTION_RESET can mean is to rule out the obvious, non-systemic causes of the problem.

For example, if access is limited to only one site, you should check the correctness of the address of the certain resource, after checking to try to open the page again.

It also does not hurt to make sure that the provider’s services are paid for since the absence of an Internet connection can also cause a failure.

If everything is usual with the Internet, and the error repeats itself, then the reason lies deeper. Let us tell you how to eliminate the problem by removing possible reasons for its occurrence.

Starting work with the most likely barriers of failure, with a subsequent transition to more complex in the implementation process and less common options for eliminating malfunctions.

The dilemma, how to correct the error ERR_CONNECTION_RESET, is often solved by fixing the file under the Hosts Name. In which the bases of domains both valid for use and prohibited by the system for use are registered.

In a situation with a conditional error, the user will need to inspect the contents of the Hosts file for the presence in it of a resource to which the system restricts access, where it will be necessary to edit the information contextual data.

You can perform the procedure through the step-by-step implementation of the following instructions:

It remains only to confirm the changes in the settings, agreeing with the system request when closing the file, and try to re-enter the resource of interest in the browser.

Most often, after this procedure, access is restored, however, if the described actions did not help solve the problem, it is worthwhile to proceed to the next procedural stage of work on eliminating the error.

Adjustment of web browser and network settings to fix ERR_CONNECTION_RESET

Sometimes the reason for restricting access to the Internet, due to the notification of ERR_CONNECTION_RESET, is incorrectly defined working properties in the browser itself.

Regardless of the criterion of which browser is in use by the user, Yandex browser, Opera, Google Chrome, or another equally favorite browser, the process of adjusting the characteristics of proxy servers is identical.

We’ll tell you in detail, using Google Chrome as an example, what to do if the connection to the network is limited to the appearance of the message ERR CONNECTION RESET on the screen.

Despite the need to intervene in the properties of “Proxy servers,” which sounds daunting, the implementation process is not complex, does not require special knowledge in the field of computer technology.

For a consumer, just go to the “Settings” of the browser, in “Chrome,” for this you need to click on the icon with three horizontal lines located in the right corner of the toolbar and select the corresponding label.

After that, a window with various settings is activated, where you need to, scrolling the screen down to the limit, select the “Advanced” option and go to the “Network” category, in which you click on the “Change proxy server settings” section.

If the problem was the incorrectness of the network parameters, then after the manipulations were performed, access to the sites will be restored. Otherwise, you will have to go to the next solution. 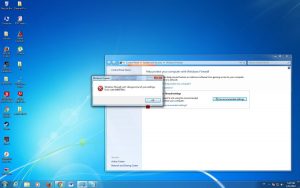 As one of the common reasons for the appearance on the screen of the ERR CONNECTION RESET notice, professionals are positioned to block specific sites by the protection system, namely the PC antivirus program.

If the antivirus recognizes the site sought by the user as being unreliable, access to it will be blocked, and an inscription with a conditional code will appear on the screen, indicating that the connection has been dropped.

We can fix this situation by entering the firewall in the firewall, which we can access through the control panel, into the registry of exceptions, thus making it possible to use it.

In parallel, you will need to go to the settings of the anti-virus program on the PC, where it will also be necessary to mark blocked resources as trustworthy.

When confirming permission to visit specific Internet resources, the user takes responsibility for him.

If access to the site was unavailable due to the content of harmful materials in it, there is a risk of infection of the software, with all the ensuing consequences.

A variety of providers provide the ability to connect to the network through certain, disconnected synchronization settings with the Internet.

Different settings sometimes cause a connection to the network to fail. Which later express in code101 with the addition of ERR CONNECTION RESET, as a result of a local connection conflict.

In this case, to eliminate the precedent provocateur, you can try to correct the error by introducing directives accessing the network directives in the command console.

To do this, you must perform the following tasks:

This command will start the process of scanning the system for network problems, as well as facilitate parallel troubleshooting in automatic mode.

The contractor only needs to wait for the process to finish, after which you can try to access the Internet using the usual method.

Often, problems with the network arise against the background of an overload of the operating system of a computer device with unnecessary materials, and the browser may fail due to its clogging with cached files.

To cope with this kind of problem will help specific software, whose main task is to optimize the work of the laptop.

Most conditional destination programs also contain a function whose job is to optimize the network connection, improve PC performance, which, accordingly, contributes to improving the quality of the Internet.

These software professionals include free utilities, such as Advanced System Care, Carambis Cleaner, CCleaner, CleanMem, as well as paid software System Mechanic and AVG Tune Up.

By installing any of these programs, the user simultaneously solves the main problems with the performance of the PC, the speed of the laptop, minimizes the risk of malfunctions and errors due to the clogged device memory.

After installation, these programs often do not require specific intervention in their work: the software automatically performs the tasks declared by the developers in the application characteristics.

We should understand that the option with a third-party utility is instead an additional means of protection for the PC, resolving the correctness of its work than a quick method of dealing with the resulting error.

Installing the stated applications does not prevent the need to perform the above operations to restore access to web resources if the problem is In stock.

The error is not critical or so serious in terms of influencing a PC. However, it significantly limits the user’s ability to block access to Internet resources of interest.

Often, simple manipulations help to cope with this problem, which consists of lifting the ban on access to exciting content in different segments of the PC system, described in detail in the article.

When removing restrictions, be extremely careful, especially if it concerns the process of temporarily unlocking a site using an antivirus program.

The action of removing the restrictions can solve the problem with the error, however, cause more severe system and software problems, due to infection of the device with virus components.

Remember, PC security is a factor that we cannot ignore: if the reliability of the site is questionable, it is better to abandon its use, using other, proven and safe resources of the World Wide Web.