Kernel data inpage error is a blue screen of death capable of appearing on all versions of the Windows operating system. This critical failure is a potentially dangerous situation, as problems with your hard drive could cause it.

However, as it was already possible to understand, the reasons differ in their seriousness, so perhaps all is not so bad. It also happens that this situation arises due to the banal shortage of hard disk space. Among other things, the blue screen of death.

kernel data inpage error could appear for a number of completely unrelated reasons for the hard disk. For example, this RAM could be caused by RAM, devices connected to the system, viruses (yes, it can be), lack of necessary updates for Windows, etc. etc.

So, after reading the above material, you probably could see what the blue screen of death of KERNEL_DATA_INPAGE_ERROR is. It’s time to start eliminating it, right?

First, we need to point out the following to you: you can perform the methods in any order since there is no clear connection between them. Due to the fact that the blue screen of death can permanently block access to the system, you will have to perform some of the methods using the Windows installation media and the Recovery Environment on it. So let’s see …

# Method 1: Check your system for viruses 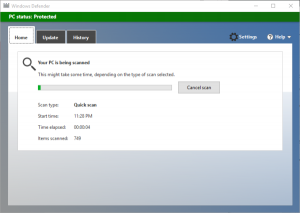 Let’s start with the most unlikely cause: viruses that have entered the system. Of course, you can only perform a scan if you have access to the operating system. If you do not have a third-party anti-virus, then you can use the services of Windows Defender: go to its settings and run a deep system scan.

A small amount of memory on hard disk partitions is another unlikely reason for BSOD kernel data inpage error. Nevertheless, check it out just. Avoiding the blue screen of death, log into the OS and try to free up as much space on the HDD, especially on the system partition.

When finished with free space, restart your computer and check if KERNEL_DATA_INPAGE_ERROR appears again. The method works extremely rarely, but it appeared not from scratch.

# Method 3: Install all available updates for the system 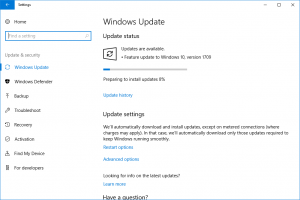 The next method that you can apply when the system is available is to install all pending or available updates for Windows from Microsoft. Proceed as follows: Settings → Updates and Security → Windows Update → Check for Updates. All available updates will be installed automatically, so you don’t even have to do anything.

After completing the installation, restart your computer to check for the blue screen of death KERNEL_DATA_INPAGE_ERROR.

# Method 4: Disconnect all third-party devices from the system 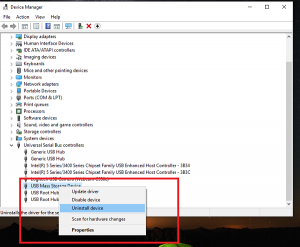 Some users claim that they were able to fix the problem simply by disconnecting this or that third-party device from their system, for example, a USB drive, a controller, and so on.

If you recently connected to your system some kind of device, after which KERNEL_DATA_INPAGE_ERROR began to appear almost immediately, then probably the problem lies in it. Try unplugging a newly connected device and see if the situation with BSoD changes.

Some users claim that the blame for the appearance of this problem lies on such a function as caching the memory area of ​​the BIOS. Fortunately, this feature is no longer used in modern versions of Windows, so you can safely turn it off.

Enter your BIOS settings and find an option called System BIOS Cacheable or something like that, then disable it. Be sure to save the changes to the BIOS, then reboot the system and see if KERNEL_DATA_INPAGE_ERROR appears again.

Especially pay attention to the SATA-connectors on the hard disk and the motherboard: perhaps they were damaged, or the cables in them are in poor connection. It would also be nice if you test the operation of your hard drive with another SATA cable, as the problem in the form of the blue screen of death KERNEL_DATA_INPAGE_ERROR can occur due to its fault.

So we have come to the most “pleasant” reason for the appearance of this blue screen of death – bad sectors or, as they are called in common people, poor blocks. It is the poor blocks that cause the most problems for the owners of hard drives, especially those HDDs that are in a good age. You need to try to check your hard drive for bad sectors, and also try to repair them, which, however, is not always possible.

You can easily identify the initial level of the check by the system program CHKDSK: call the command line (always with Administrator rights) and execute the command chkdsk c / f / r in it. At the end of the program, you will be given a summary with the results, according to which you will understand whether you have any problems with the hard drive and whether they have been fixed.

Note: if you cannot access the system due to the constantly emerging KERNEL_DATA_INPAGE_ERROR, then you need to use the Windows installation media to access the Recovery Environment, and then use the command line to open it.

After using CHKDSK, try restarting your computer and see if the blue screen of death appears again. If it reappears, then probably the system program did not cope with its task. We recommend that you use a much more efficient utility called Victoria HDD to eliminate the trouble blocks. Success will depend on the state of your hard drive. 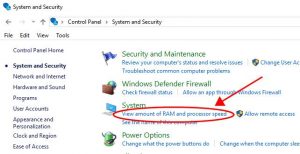 Unfortunately, behind the advent of KERNEL_DATA_INPAGE_ERROR, there may also be RAM that is installed on your system. It’s quite simple to check if the RAM has more than one bar in the system (the chance of a problem with several bars at the same time is negligible): just remove one of them from the motherboard, and then test the system with the other – and vice versa. You can also test RAM using the Memtest86 + program.

Unfortunately, the blue screen of death KERNEL_DATA_INPAGE_ERROR, based on the messages of users on the network, could also appear due to damage to the motherboard. To understand whether that one is damaged is extremely difficult, especially for the most ordinary user. Open your system unit and carefully inspect the board for any obvious damage. However, it’s still worth checking out a professional.

We hope that this material helped you in solving the blue screen of death KERNEL_DATA_INPAGE_ERROR or at least gave the right direction in which you need to move to solve it.