“Blue screens of death” with all sorts of accompanying messages, specifying the problem, are characteristic of Microsoft operating systems of all versions and almost every user had to face at least one of them.

Among the varieties of BSOD, KMODE_EXCEPTION_NOT_HANDLED is also encountered, it often occurs in Windows 8, 8.1 and 10. Failure can occur at any time, but most often, when the computer starts and the system tries to reboot. And as a rule, it does not change the situation.

The reasons for this may be many, provoke an error can both software and hardware reasons. Thus, to fix the blue screen problem, you need to identify its source.

Causes of the problem

Causes of the problem kmode_exception_not_handled 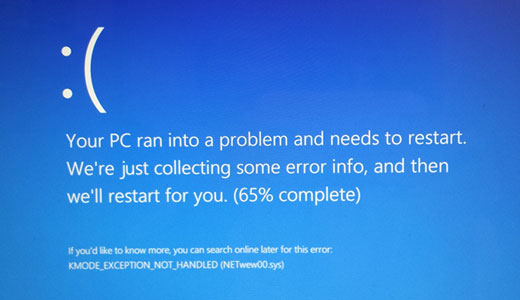 The “blue screen” (or BSOD) is always accompanied by a message in which the name of the error and its code are indicated, and you can learn from them about how to fix the failure. At the same time, the information in the notification text is not so informative as to understand the cause of the problem.

In the case of the KMODE_EXCEPTION_NOT_HANDLED Stop-error, it is usually accompanied by the code 0x0000001e, which does not particularly reveal the essence of the question why the information is not processed and the OS is not loaded, and certainly does not tell you how to solve it.

Only in rare cases, the source of the fault is more accurately known. Then the message mentions not only the stop code: KMODE EXCEPTION NOT HANDLED, but also the element that caused the problem, most often it is a file with the extension “.sys.”

Objects of this format are associated with drivers which may be responsible for the interaction of equipment with third-party modules or be a critical system. So, the error KMODE_EXCEPTION_NOT_HANDLED can provoke such factors:

Incorrect operation of the driver, its damage.

The impact of malware.

BIOS incompatibility and other reasons.

There are not many reasons for the error to appear, so if you did not associate its occurrence with the previous event and the message did not specify the file that caused the failure, you will have to try various methods to find the right solution.

How to fix the error kmode_exception_not_handled

Random failures, as a rule, appear once and do not bother the user further. So, just reboot the device and the problem will be solved. Sometimes it is also effective to load the last known good configuration of Windows.

But such maneuvers do not always work, and if the error is permanent, you will have to perform more serious actions to eliminate it. Well, when the user understands, after which a malfunction occurred, then the time for correction will be less.

For example, if the error was preceded by the installation of a driver or service, you should simply return everything as it was by removing the installed software. If a KMODE_EXCEPTION_NOT_HANDLED error occurs on a blue screen for unknown reasons, you need to look for how to fix the problem by going through the existing methods that we will look at next. 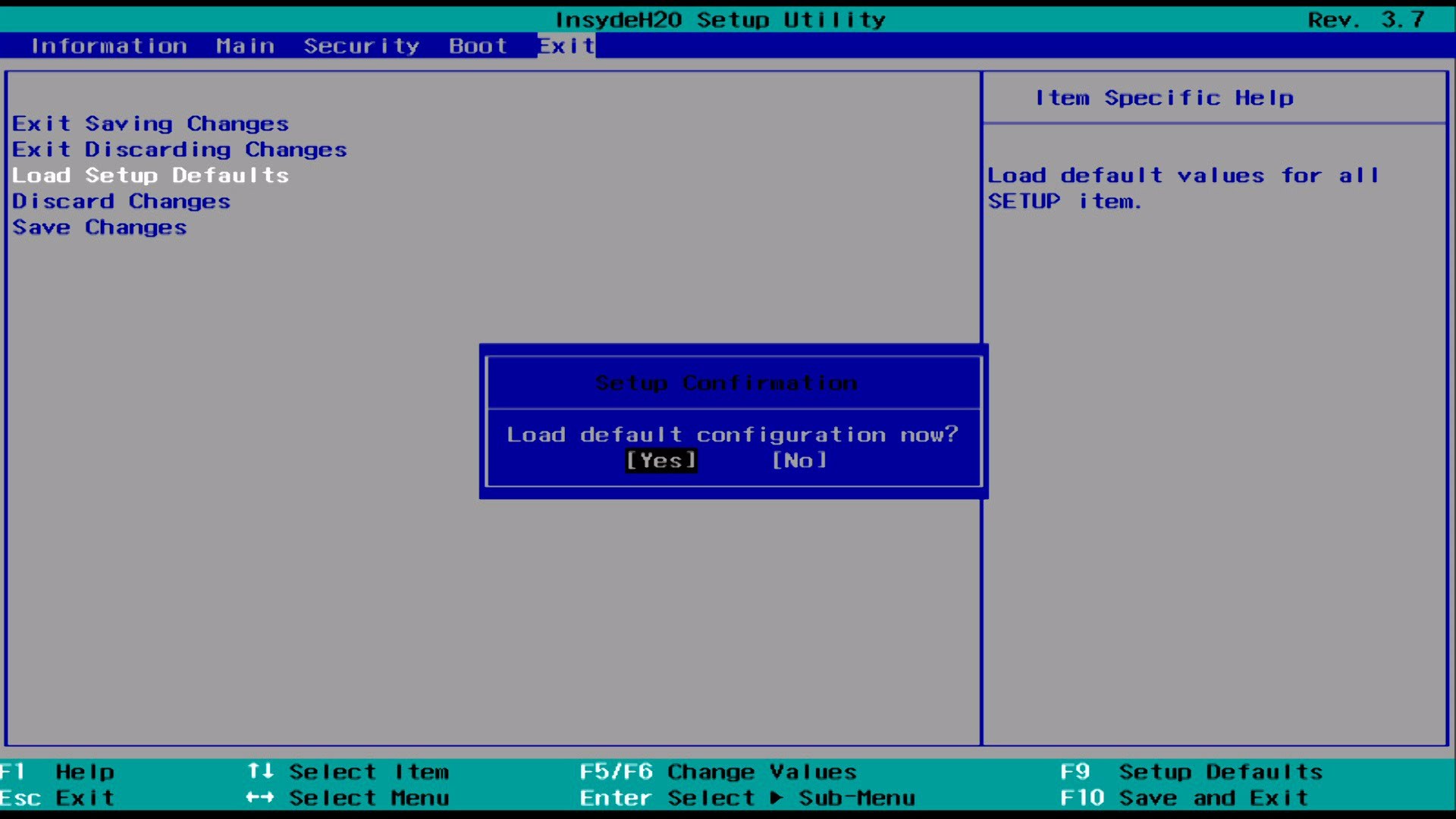 To get started, it is worth trying a simple method of eliminating the KMODE_EXCEPTION_NOT_HANDLED error, which involves rolling back BIOS to the default settings. Perform the following steps:

Go to the system menu BIOS (opens in various ways, most often by pressing Del or F2).

We find the reset option to the standard settings (Load Optimized Defaults), click.

Confirm the action, exit the BIOS menu and perform a reboot.

The method is not always effective, and if the blue screen with the error KMODE_EXCEPTION_NOT_HANDLED is disturbed again, then you should resort to other solutions. 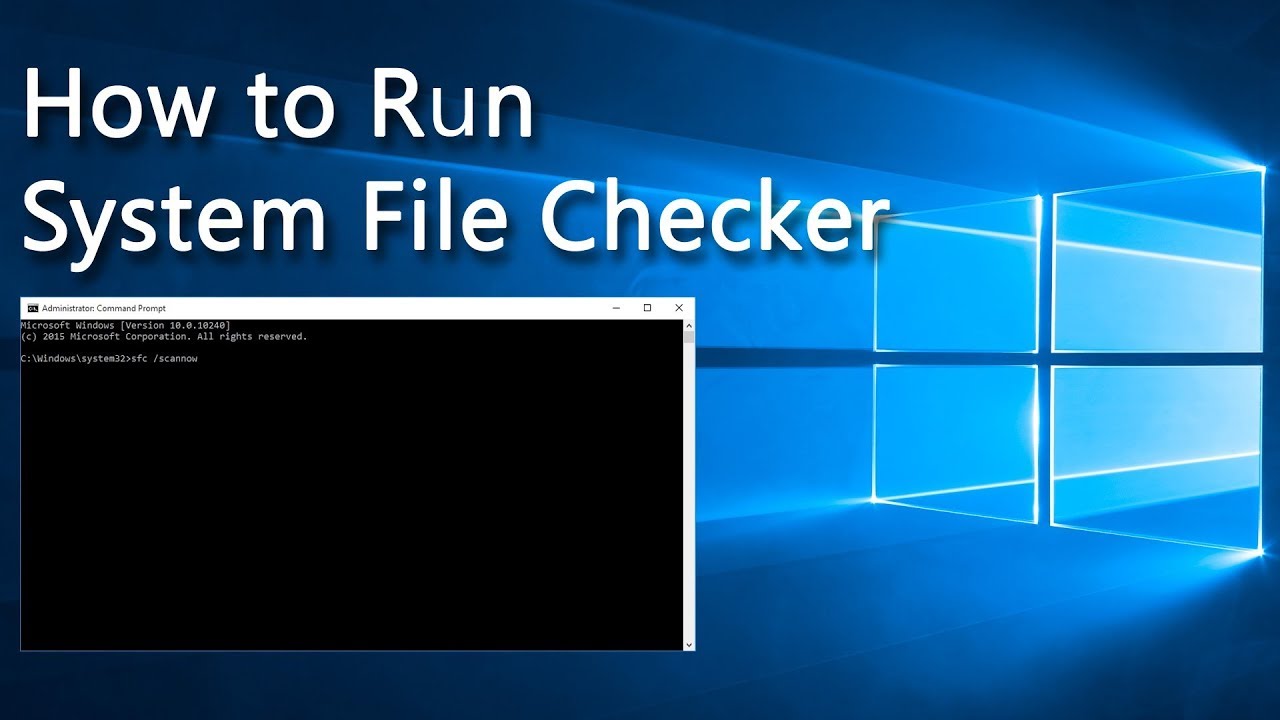 If the OS does not start, in order to scan and restore the operating system files, we will need a bootable USB flash drive or disk with Windows 10 or another version that you have installed. You must first configure the boot priority from the media, and then proceed to the following actions:

Insert the USB flash drive/disk and launch the command line in the recovery environment (for which we follow the path “Next” – “Recover the computer” – “Options” – “Troubleshooting” – “Advanced settings” – “Command line”).

We set the sfc / scannow command and press the enter key.

We are waiting for the end of the procedure for checking and restoring damaged files.

If the problem has not been resolved, correct the error KMODE_EXCEPTION_NOT_HANDLED by other methods. 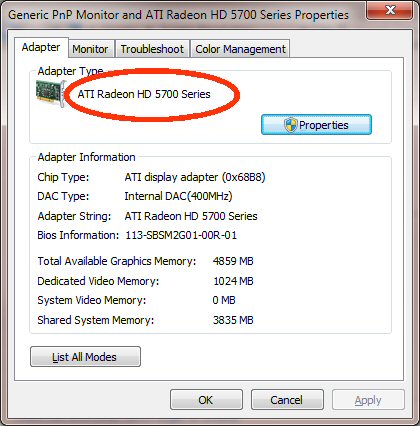 Often, this problem in Windows 10 is associated with video card drivers. So, in order to correct the error, the firewood must be removed, after which the current version should be installed again. If the system fails to boot, we use removable media, as in the previous solution, and do the following:

Run the command line in the recovery environment.

We type bbdedit / set {default} bootmenupolicy legacy in the console and press Enter (the command will return the classic version of the boot menu).

After completing the process, write exit to exit.

We press “Continue” and restart the device.

In the process of rebooting, press the F8 key to start in safe mode.

Go to the “Device Manager” and find the category “Video adapters,” deploy. Then click on the name of the video card PKM.

From the context menu, select “Properties,” go to the tab “Driver” and click “Delete.”

We reboot the computer in standard mode (the bootable USB flash drive should already be removed).

It will not be superfluous to update drivers and other devices. To facilitate the task and automate the process, you can use a special utility to update the drivers.

# Method 4 plus: Some more solutions

It is not always the KMODE_EXCEPTION_NOT_HANDLED error that can be removed by the methods described above since there are many reasons for its occurrence. In certain cases, one of the following ways can help:

If the OS starts, you can restore Windows by returning to the saved point in the system when the problem did not exist.

Since viruses are a frequent culprit in the crashes, it is necessary to scan the system with antivirus, starting in “Safe Mode.” There are also third-party utilities that perform the procedure of checking and removing viruses even before loading Windows.

In some situations, the problem is due to operational problems. In order to diagnose it, we find it in the search box “Start” on request, the memory of the service tool “Diagnostics of computer memory problems.” Start the scan and reboot after the process is complete. If the diagnostics of the RAM did not help to fix the problem, it makes sense to try connecting the memory modules one by one in order to manually identify the source of the problem.

The incompatibility of hardware components with the Windows 10 system is one of the possible causes of the KMODE_EXCEPTION_NOT_HANDLED error. So you should check the device compatibility (RAM, video card, processor and connected equipment).

If you don’t get result with an option then you can reset your Windows. The method is extreme but effective if we are not talking about hardware failures or BIOS incompatibility (then BIOS should be updated).

Replacing components, such as RAM, is not good on your own if you don’t have the necessary skills. In some cases, it’s better to seek help from specialists than to try yourself to fix the problem.