Do not be cunning. The vast majority of users, despite personal or public opinion about computer games, at least once, but plunged into the virtual gaming world.

Every gamer who devotes a sufficient amount of his time to this entertainment knows how diverse and beautiful this world is, and despite the circumstances of real life, in this world, anyone can become a hero and save the whole world and the Universe.

But, unfortunately, not all fans of computer games, especially their multiplayer direction, demonstrate their decency and readiness to wage a “fight” honestly and following all established rules.

What is the program pnkbstra.exe services for? 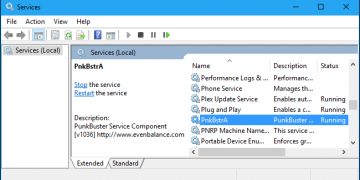 Someone prefers to use the third-party software, which adds to the game some illegal “chips” that give a significant advantage to its user, someone uses certain loopholes that were left unattended by the developers.

Developers of gaming products have been trying to fight with such “dishonest players” for several years now, introducing various anti-cheats into their projects, that is, tools that prevent any attempts to “foul play.”

As far as this struggle is productive, the question is different, and it is mostly rhetorical, because despite all the efforts, the “cheaters” were, are and will be. And within the framework of this article, we will talk about one such tool called “PunkBuster Services.” 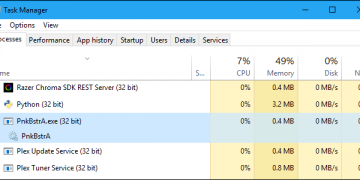 So, “PunkBuster services” is the software, sponsored by the company “Even Balance,” designed to exclude the possibility of using in online games various cheats.

Such software has been in service with developers since 2000 (that is, almost twenty years ago), but in recent years it has already lost its relevance and justification for use.

Among the latest high-profile projects, where the developers went to the use of this tool, we can highlight “Battlefield: Hardline,” “Crysis 3”, “Far Cry 3”, “Need for Speed: Undercover” and “Assassin’s Creed III.” In fairness, it should be noted that only the “Battlefield” series by and large should be considered as an exclusively multiplayer project, where the basis is not a single-player mode.

The meaning of the work of “PunkBuster Services” is quite simple – it is the detection of a user who has used cheats prohibited by the system and its subsequent disconnection from the online session, including with a possible ban.

The efficiency of the considered application is achieved because the program, like most other computer products, is divided into two parts – the client and the server. That is, one part/share/copy/version (you can call it as you like) is installed on the target computer of the user/gamer, the other part is used on the developer server.

Also, most multiplayer projects (especially their modern representatives) simply refuse to work if the gamer does not have anti-cheat software on the computer, which leads to an explanation of another issue, which, unfortunately, continues to worry some users.

How to remove it 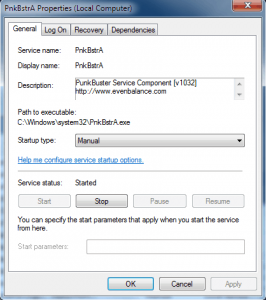 Why, “Unfortunately,”? It’s simple: if someone is interested in the issue of removing such software, then it is logical that his intentions are far from altruistic, and he is directly or indirectly interested in the possibility of unpunished cheating.

Considering the above information, it is worth noting that there is no point in removing “PunkBuster Services” because, apart from the understandable “human aspects,” there is also the possibility that uninstalling the files used by this software will lead to the inoperability of the game itself.

It should be understood that the tool in question if a game using PunkBuster Services is installed on the computer, is constantly in an active state and is running in the background.

Therefore, the “PnkBstrA.exe” process is active in the Task Manager, and in the list of running services, you can find PnkBstrA, the executable file from which is located in the System32 folder.

If you are still firmly confident in your desire to remove “PunkBuster Services,” then it’s enough to refer to the “Programs and Features” section in the “Control Panel,” but this will not save you from residual tool traces in the operating system structure.

So, the meaning of the program is as simple as possible and clear to every user, regardless of whether he considers himself a gamer or not. Fair play is the key to having fun, and using cheats are at least uninteresting.