In general, ideally, if you have a download speed of 10 MB / s torrents, then about the same should be in Steam (in normal mode). Judging by the description of steam download slow, it is very similar to either some kind of “artificial” restriction or a high load on the Steam server itself.

The technical essence of the problem ‘steam download slow’ 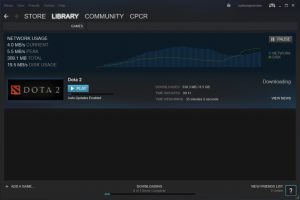 You have a low-speed channel. Most often, Wi-Fi. Buy a patch cord from a computer store and connect your router to a computer. A good old wire is not affected by interference. Physical speed increases significantly. In other cases, you need to contact the provider. Modem, mobile technology is still too slow compared to the most ordinary home network.

Other consumer programs are included. The advice is simple. Disable or limit the speed of work.

Internet speed is good. But download is obtained with difficulty. The point is in the service itself. Millions of users access it daily. Fortunately, there are numerous mirrors (duplicate servers). How to increase steam download speed in this case, read the instructions below.

Understanding the causes of slow speed on Steam 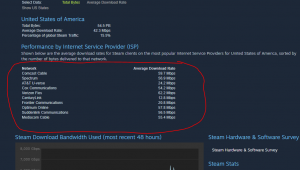 I want to start an article with one simple tip: first check your current Internet speed (for example, you can be connected to a channel at 100 Mbit / s, but in fact at the moment – the speed will not exceed 10 Mbit / s).

It is better to do this with the help of third-party services (for example, on  http://beta.speedtest.net/ru ). If during the test your internet speed does not exceed 30 Mbps (Mbps), then the maximum steam download speed that you see on Steam will not exceed 3.5 MB / s (to convert Mb / s to MB / s, simply divide the number by; more on this).

In addition, I also recommend checking if there are any other applications on the PC that are currently running and downloading the Internet channel.

This can be done in the task manager (to enter it – press Ctrl + Shift + Esc), or with the help of specials. NetLimiter applications. Pay attention primarily to those applications that load the network more than 5%: torrent programs, browsers, etc.

Steam games are located on different servers around the world! This is done to ensure that all users have high-speed access to Steam services.

Usually, by default, Steam automatically determines the nearest server to download games (and as a rule, max. Download speed from it). But in some cases, it makes sense to try to specify the server manually you need in the settings: often when the server of a neighboring country gives the file faster than the server in the USA.

Note: you can select a region for download in the Steam settings in the “Downloads” section. See screenshot below. 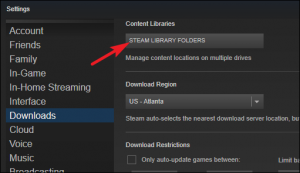 Also in the “Downloads” section on Steam, there may be speed limits. Ideally, it should be set to “Unlimited” (as in the screenshot below).

Note: Also try clearing the download cache (the button is located at the bottom of the “Downloads” section, see the screenshot above).

Also pay attention to the global traffic map (when sales of games start on Steam – the load on the channels of servers increases, which affects the steam download speed).

For example, during the New Year holidays, the load on the servers on Steam increased by 2 ÷ 6 times! And many users complained about the speed of access (if you have a similar case – just wait until the holidays end).

# 4) Are the speed limits set in the router?

Most modern providers, when connected to the Internet, install a router (so that there is a Wi-Fi network throughout the house). Modern routers allow you to limit the download/upload speeds (for example, so that one computer from the network does not “hammer” the whole channel).

Usually, the limit is set on a specific computer (and not on a program). Therefore, if the reason is in the settings of the router, then your download speed (most likely) will be low in all programs.

By the way, in the settings of the router, pay attention also to other computers on the network: do they clog the channel by downloading various data? For example, on the screenshot above, the PC Lite computer is pumping something at a speed of 465 KB / s. 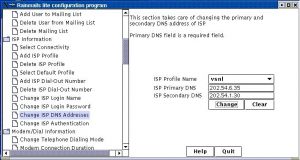 In some cases, changing the ISP is the only solution to the problem. Especially if you are using a low-speed connection when optics has already come into your home. 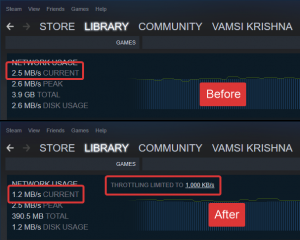 In our time of the universal Internet, very few people buy their games on separate media. After all, you can watch trailers, the opinion of players and reviewers right from home, and choose among thousands of games. Neither delivery to the outlet, nor geography, nor drizzling rain will any longer prevent gamers from relaxing. You just need to go to http://store.steampowered.com and buy what you like.

The catch is that modern games on Steam are very voluminous. Do not surprise anyone tens of gigabytes. It happens more. Almost all users believe that their channel is enough for a quick jump. However, they often suffer several consistent disappointments. The speed is small!

Go to the Steam application in the Steam menu → Settings → Downloads. Select the region closest to you. You can play with the regions, but do not take American or European. They give the smallest chance for a speed jump. There is also a speed limit. This is necessary so that the game does not pick up the entire available channel. Check this parameter. We increase it until we find the optimal ratio between your requests to the Internet.

Server usage statistics are available at http://store.steampowered.com/stats/content. Conveniently, you can see it in the last 48 hours.

Pay attention to the word FILTERED in the server name. Not everyone can use this server, but if you can – very well. Why? Due to its inaccessibility for other providers, it is less loaded. Download speed will increase significantly.