Many users of the Windows operating system, regardless of the version used, are constantly looking for solutions for optimization and acceleration work your computer. There are a huge number of such solutions. Among those, the most common is to disable “unimportant” services, that are loading the processor, RAM, and hard disk. Of course, most of these recommendations carry a certain basis and rely on the OS developer’s direct advice. We recommend the users to turn off the SuperFetchn node service because it loads the disk for no particular reason. But is it really the case and is it true that SuperFetchn node service is useless? We will discuss further all these issues in this article. 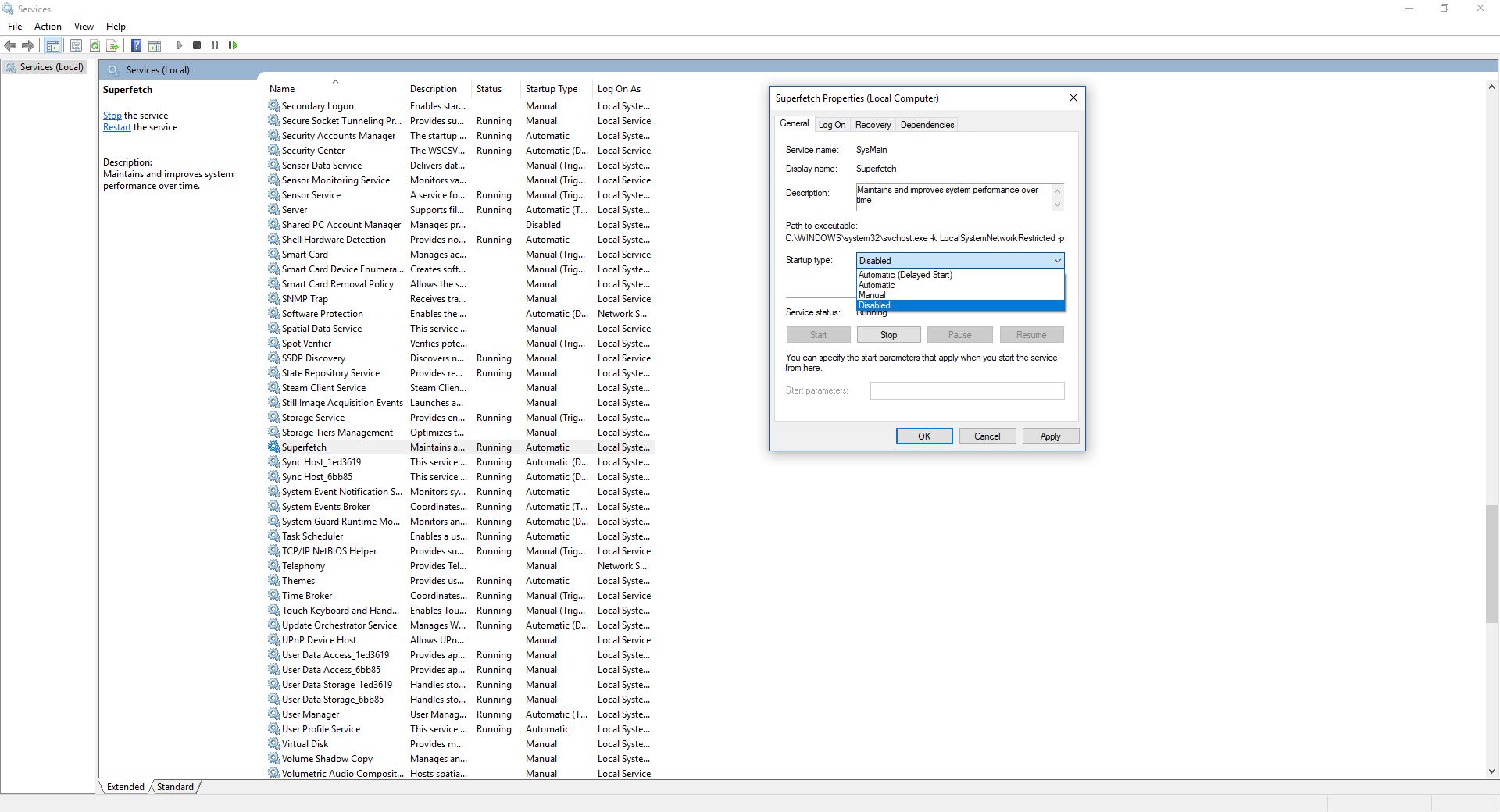 So, “SuperFetch” (also known as “supersampling”) is a service whose main purpose is to collect information about all the information transferred between the hard disk and RAM. The meaning of this “compromising evidence” is quite simple and consists of the following aspects:

Based on the above information, it is possible to draw several logical conclusions that are directly related to the essence of the topic and article as a whole, namely:

The collected information, in any case, reserves a certain amount of RAM and hard disk resources, which in certain circumstances may affect the speed of the operating system as a whole.

Such a “rejection” of processes really speeds up / speeds up the launch of selected programs.

Considering the first conclusion, it is worth noting that some users can really observe in the “Task Manager” that “SuperFetch” carries up to 100% of the load both on the processor, and on the RAM, and on the hard disk. But to a greater degree, this is due not to some erroneous work of the service in question, but the lack of resources of the computer for its full functioning. Taking all this into account, the decision suggests itself, and it consists of two variations:

If the target computer has component resources that do not have sufficient volume characteristics. For example, if the amount of RAM is 2 GB, but at the same time, the super-sampling deducts for itself at least a few percents of the amount of RAM. And then when working with demanding tasks, slowdowns in the operating system are possible.

“Continuation of operation” – if the background loading of processes does not affect the operation of the computer, and the resources of the components are sufficient for its smooth functioning, then there is simply no need to disable it.

How to disable SuperFetch Node Service

So, if the first option is the most optimal for you, then the command of shutting down the SuperFetch node service is as follows:

In the window that opens, sort the list by name.

Right-click on the selected service to open the context menu and open the “Property.”

Also for the future, you should remember that the name of the service in question is in the SysMain system and is directly related to the process “C: \ Windows \ system32 \ svchost.exe”

As an alternative, you can use the command line console functionality:

Enter “cmd.exe” and with a right click of the mouse, start it with administrator rights.

After shutdown, restart the computer and check whether you get the solution and whether the launch of the operating system has accelerated.

Few people know that the service in question has several directivity options that we can configure to optimize the allocation of computer resources, namely:

At first glance, this may seem unimportant, but if you check the change of direction in practice, you can be sure that the difference is very significant. To change the acceleration script, use the registry editor:

Open the “EnableSuperfetch” parameter and assign it a value from 0 to 3, where

1 – acceleration of launching applications only

2 – acceleration of system boot only

Open the “EnablePrefetcher” and set the same value.

If these keys are not present, create them with the “DWORD” parameter and the values ​​announced above.

Restart the computer and check the effect of the changes made.

In conclusion, it is worth noting again that if the speed of the computer leaves much, this does not mean that it is time to think about disabling the Windows OC clients.

Such actions can not be called a guaranteed solution to speed up Windows, they certainly can reduce some of the load, but the changes will be so minor that the difference will simply remain imperceptible.