The Task Manager displays the Windows Modules Installer Worker process, which overloads the processor and hard disk. What is this process and how to reduce the load on the computer?

What is the Windows Modules Installer Worker? 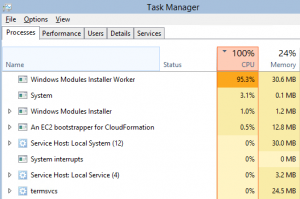 Is it having problems with the Windows Modules Installer Worker (WMIW) service? It heavily loads the processor and hard disk, and during its activity, the fans on the computer go to higher speeds.

This problem is faced by some users. Especially noticeable for those who use budget equipment with a classic hard disk HDD.

As a result, it slows down the system, and sometimes even suspends running programs. Why does the Windows Modules Installer Worker load the disk and the processor so much and what to do to reduce it?

Unfortunately, just turn it off will not work. This is a fairly important tool that is responsible for updating Windows 10 and drivers to the latest version. It is described as such, which allows you to install, change, and delete updates, as well as additional system components.

Of course, Windows Update is used to update the system correctly, but the Windows Modules Installer Worker is also closely related to this process. She is responsible for installing updates in the background while we are working on the computer. Also activated when you add new system components and when they are removed.

The problem is that it can, ugly to say, completely “slow down” a computer with a slightly worn out hard disk drive HDD and a complete low or medium level processor.

Short-term high load by this service is a normal phenomenon, but in combination with state-of-the-art equipment, it creates an explosive mixture that slows down the entire system and at the same time increases the speed of rotation of the fans.

Why is the WMIW service running on the system and loading the computer?

The good news is that if you let it work, the process will eventually end and stop using processor and disk resources.

The Windows Installer Installer workflow is complete, and it disappears from the running processes in Task Manager. How long it takes depends on the speed of the processor and storage of your computer, as well as on how many updates you need to install.

Most likely, because a new update was downloaded and just installed and configured in the background. The WMIW action often occurs in conjunction with high disk utilization by the System service — this is due to the update installation process.

If you allow this service to work and simply have patience, then, in the end, it will install all the available packages. Sometimes the procedure may take longer, especially after reinstalling Windows, when many updates and drivers have accumulated for downloading and installing.

It all depends on their number, as well as how fast the processor and hard drive. As a result, the Windows Modules Installer Worker will complete its work and stop loading the computer in this way. Until the next update. Unfortunately, since Windows 10 is being updated, the easiest tip is just to wait for it to complete.

Why do I need the process of windows modules installer worker

If you hear that your computer is increasingly spinning fans, and you feel that it is getting hotter for no apparent reason, check Task Manager. Perhaps there you will see that the Windows Modules Installer Worker process uses a lot of CPU and disk resources.

Windows 10 automatically installs operating system updates through Windows Update, so this process will most likely just install updates in the background. However, if you decide to remove the update or add/remove an additional Windows component, the Windows Installer should start.

Microsoft releases Patch Tuesday on a regular basis, the second Tuesday of every month. They may also release updates on other days if necessary. If this process uses a lot of CPU resources, it is likely that your computer has just downloaded new updates from Microsoft.

How to reduce the load on resources in the simplest way? 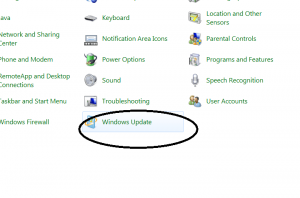 So, how to reduce the load on the part of the installer Windows modules, using the simplest methods? For starters, you can use the troubleshooting tool of the system itself, the link to which is located in the standard “Control Panel.

From the list, select the components of interest to us (as a rule, these are the services of the “Update Center,” intellectual background transmission and system maintenance), and then activate the search and elimination of problems.

It is possible that the errors found will be corrected. However, it does not always help, and therefore, in most cases, it is necessary to correct the situation yourself.

# 1. Actions with cache and system updates

In order not to completely disable the installer of Windows modules, the operation of which is often just necessary, you can clear the update cache (temporarily downloaded files) that are lying dead on the hard disk.

The catalog for their storage is fixed and set by the system itself, so if the limit is exceeded, loaded packages can be placed there. To do this, completely disable the Internet connection, call the command line (cmd) on behalf of the administrator, and then set two lines for execution:

After executing the commands, locate the SoftwareDistribution directory on the hard disk in the system root directory, delete all components located there, and then execute the reverse update activation commands in the command console:

Upon completion of all actions, restart your computer, after which you will need to re-activate Internet access, set a manual search for updates and install them.

If the above actions did not produce a result, you could turn off the Windows Modules Installer Service completely.

To perform such operations, you need to call the appropriate section by entering the services.msc command in the Run console, find the item you are looking for, double-click to enter the parameter editing.

And then (very importantly) by pressing the appropriate button, first stop the service, and then From the drop-down list just above select the disabled launch type. After saving changes, it is desirable to perform a full restart of the system.

# 3. Actions with directories and files

Finally, another method of deactivating a service, but to perform actions with specific files and folders, is to go to the security tab, change the owner (TrustedInstaller or SYSTEM) to your account or administrator account via the properties of the selected component and then install the entire set of permissions for possible actions by ticking the corresponding items in the settings with checkboxes.

After that, the obstacles on the part of the installer, for example, when trying to install a program, will be eliminated.

Is it possible to disable the Windows Modules Installer Worker? 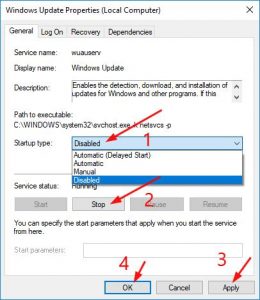 You can find bad tips on the Internet recommending that you turn off the Windows Modules Installation System service.

However, it will not allow Windows to install updates correctly, and you should not do this.

Similarly, others may recommend setting up a network connection to prevent Windows 10 from automatically downloading and installing updates.

This will prevent the launch of the Windows Installer, but then the computer will not install critical security updates that can protect you from malware. 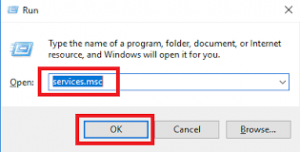 The ideal option is to replace the hard disk HDD with SSD – it will significantly speed up the system, and all operations on the solid-state drive will be performed several times faster, including the installation of updates. The cost of the cheapest 120 GB SSD is not small, but it’s worth it.

Despite the fact that the Windows Modules Installer Worker shows itself in the Task Manager, that it is the processor that is heavily loaded, but the true source of the load is the slow operation of the hard disk and the lengthy installation processes of the modules and system components.

We realize that not everyone is able to afford SSD. In this case, an alternative option is to disable the automatic update of Windows 10. So we do not recommend it, but if the Modules Installer Worker makes it impossible to use a PC or laptop effectively, then there is nothing else to do. Then the way to fix this error can be the use of special tools, for example, using the ShutUp10 program.

Run the program, then in the list, enable the following parameters:

After selecting these options, close the ShutUp10 program and restart the PC. This step will disable the Automatic updates, and WMIW will not start automatically at inappropriate times.

If the option does not work, then install Windows Update and the “Module Installer” in manual mode.

To do this, enter the services.msc command in the Windows search box and run it. The system services window will open.

Double click on the service and in the Properties window change the startup type from “Automatic” to “Manual.” Do the same for the other.

It must be remembered that after disabling the automatic update, the system will not download even security packages on its own, so it is necessary to check their presence occasionally.

If you find the update and the installation process starts, the Windows Modules Installer Worker will start and load the PC heavily again. The advantage of all this is that now we have control over when to run WMIW because we will update the system ourselves at a convenient time. For example, you can upgrade Windows 10, for example, late in the evening, so that the computer starts updating without interfering with our daily work.