If you try to start the search for windows update, you receive the following message:

Windows Update Center is currently unable to search for updates because this service is not running. You may need to restart the computer.

The most likely problem is that the Updates service are not really running. However, it is also possible to fail in the system, when, in spite of the running service, the Update Center still insists on the fact that it is not running. Let us examine both options in the article below.

What to do if the update is downloaded to the computer, but not installed automatically. Although many users do not consider it necessary to update the operating system of their computer, disabling the ability to download and install them, Windows Update nevertheless maintains current computer protection and its performance.

In recent versions of Windows, Microsoft has done everything to update the operating system as little as possible dependent on the user and does not affect the operation of the operating system. But still with a huge variety of hardware and software, there is always a chance for errors in the system, and Windows Update is no exception.

When Windows has downloaded updates, it is necessary to restart the computer to install them. Therefore, when shutting down or restarting the computer, in the shutdown menu, the user is prompted to “Update and shut down” or “Update and restart” the computer.

Open the Start menu, and type in the search bar the phrase ” Command Line.” In the displayed search results, we find the Command Line, click on it with the right mouse button, and in the appeared menu select the ” Run as administrator ” item.

Now let’s check if the Windows Update service is running. In the command line that opens, enter the following command:

And press Enter Enter, then we look at the output of the command line. If the “Status” line has the value “RUNNING,” then you can proceed to the next paragraph of the article, if there is a value other than “RUNNING,” then enter two commands in turn:

After that, you can use the Update Center to check for system updates. If the error has not gone away, then proceed to the next option for solving the problem.

If the service is enabled, but the error remains

It also happens that the Windows Update service is working, but Windows Update still believes that it is not running and refuses to look for updates. In this case, do the following:

By analogy with the above-described method, we run the Command Line as an administrator, and enter the following commands there:

With this command, we turn off the Windows Update service.

Then, rename the SoftwareDistribution folder, which lies in the root of the Windows folder:

After these manipulations, we restart the computer and check the operation of the update center.

Let’s try to consider several scenarios and reasons for the suspension of updates. But first of all, you need to make sure that the system update on your computer really does not occur. Sometimes it is better to wait for a while, perhaps the update is on, but very slowly. On weak computers, some updates may take several hours. 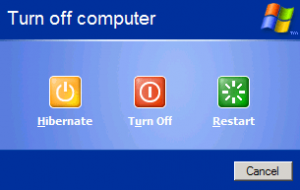 If the Windows Update hangs occurred during the update in the background and the operating system is working, then you can restart it in the standard way.

If you find that there is no progress during the update process during the restart or the operating system startup, then you can’t do without hard reset: press the power button on the computer’s system unit and hold it until it turns off, then turn it on again.

In Windows 10, there is Windows Update, which is located in the Options / Update and Security menu. If something went wrong with the updates, then often the details of the error can be seen here. Sometimes the tool offers to restart the computer again so that the update can be installed correctly.

To do this, click the Update Log link in the Update Center. In this section, you can see all installed updates of the operating system, as well as additional information about them: the date of installation, whether they were installed successfully or not. If the update is not installed or installed with a bug, then using the update log you can remove it and try to install it again if the system requires it. 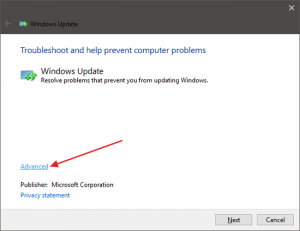 Microsoft knows about the possibility of errors during the Windows 10 update process. Therefore, the company has developed a troubleshooting tool (https://support.microsoft.com/en-us/help/4027322/windows-update-troubleshooter).

In case of problems with Windows updates, download the program from the official Microsoft site and run it.

The tool will detect and fix problems with Windows Update. After that, go to Windows Update, click the “Conversion of Updates” button, download and install them. Updates will be installed after restarting the computer.

Safe Mode is a Windows troubleshooter that runs the system in a limited state: only core files and drivers. Safe mode is used to solve problems with programs or drivers that do not work correctly or do not allow the system to start correctly.

To launch it, hold down the Shift button, then select Restart from the Start menu. In the window that appears after the computer restarts, select Troubleshooting / Advanced Options / Boot Options /Restart, after which the computer starts up in Safe Mode. Start the process of updating the computer and after it has finished, restart the computer again. 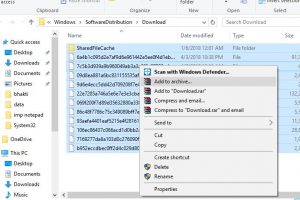 If Troubleshooter Windows Update does not detect the problem, the user can do the same thing manually stop the Update Windows, delete the temporary files created by him, and then run Windows Update. It will take more time, but the process is not complicated at all.

To do this, start the system in safe mode (as described above) and enable the command line (right-click on the Start menu and select the Command line (administrator)).

At the Command prompt, enter the following commands:

Navigate to the C: \ Windows \ SoftwareDistribution folder and delete its contents. Do not worry, these are only temporary files created by Windows Update and will be created again by it if necessary.

After that, go to the Command Line window and run the commands described above:

The methods described above will certainly solve the problem that has arisen with the updates of the operating system. Of course, the easiest and most effective way is to use the Windows Update Troubleshooting Tool. But the other methods described will be no less effective, although some of them are more suitable for advanced PC users.